Just like the wide variety of crops and livestock being produced, Virginia’s agricultural producers are a diverse and multifaceted group. In fact, an upward trend in diversity can be seen in the data included in the USDA’s 2017 Census of Agriculture.

Since 2012, the number of farm operators of Spanish, Hispanic or Latino origin is higher than ever, up 13% to 112,451. There are also more African-American farm operators, up 2% to 45,508. The number of American Indian and Asian farmers is also on the rise. 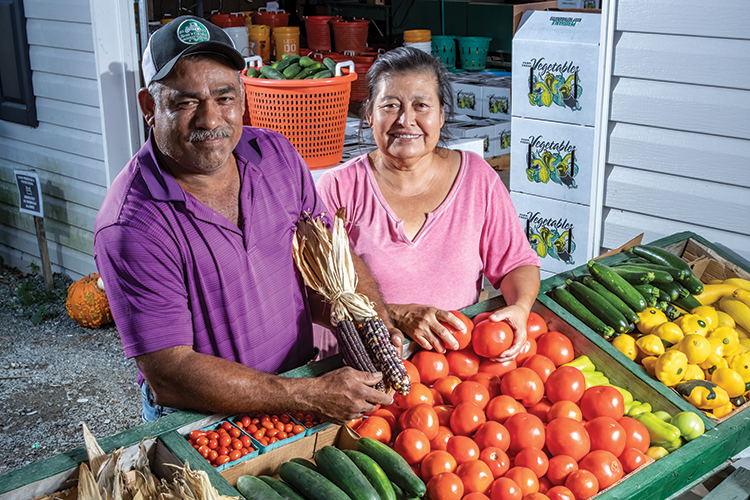 Carlos Ordaz and his wife, Rosalina Nuñez, run a farm stand where they sell fresh vegetables grown on their 145 acres of land in Mechanicsville. The couple grows a broad array of produce, including cucumbers, potatoes, tomatoes and more; Photo credit: Nathan Lambrecht

When Rosalina Nuñez and Carlos Ordaz immigrated to the United States from Mexico in 1991, they came to Virginia to work as migrant farmers. The couple worked at the same farm for 25 years until the owner died and the family closed the business in 2017.

“We decided to start our own business because we already had the farming experience we needed,” Nuñez says. “The Small Farm Outreach Program at Virginia State University (VSU) helped us find land and helped us to obtain financial loans to buy the equipment we needed.”

Today, Nuñez and Ordaz lease 145 acres in Mechanicsville, where they grow 45 different types of produce, including 20 varieties of hot peppers, lettuce, zucchini, tomatoes, cucumbers, pumpkins, beans and more. Their business, Rosa’s Garden, sells produce direct to consumers on the farm, at area farmers markets and to grocery stores. 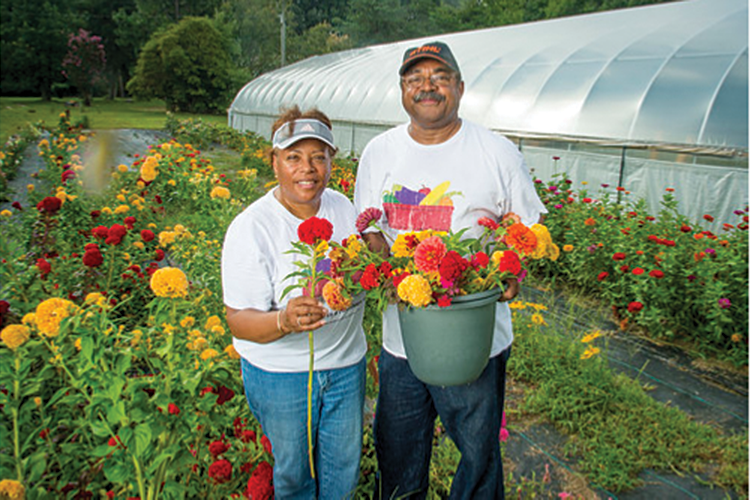 Mery Caldwell, the Hispanic coordinator for VSU’s Small Farm Outreach Program, has worked closely with Nuñez and Ordaz as they have grown their business.

“They love farming, and they love Virginia,” Caldwell says. “The first place they came to in the U.S. 28 years ago was Virginia, and their two kids grew up here. They feel like Virginia is a part of them.”

Like the rest of the nation, Virginia’s agriculture industry is also becoming more varied. Thomas and Anita Roberson, African-American farmers in Fredericksburg, produce kale, collards, tomatoes, herbs, squash, cucumbers, watermelons, berries, honey, flowers, several other plants and more on their 10-acre farm, Botanical Bites & Provisions, LLC. They launched their farm in 2013, and they have since added handcrafted natural cosmetics (including soaps, lotions, lip balms and salves) to their product lineup.

“Our farm actually began as a hobby. We started to grow fruits and vegetables in our spare time while we were still working in our past professional careers,” Anita says. “We also wanted to enjoy our retirement years being productive, and farming would provide regular exercise, discipline and inspiration that was important to our lifestyle as veterans.” 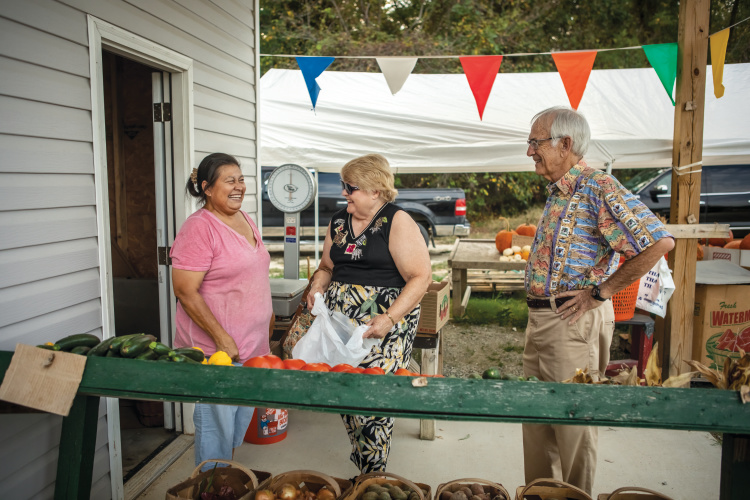 Thomas served in the Army for 23 years before retiring from a successful medical career as a cardiovascular perfusionist and physician’s assistant. He served in the Middle East during Desert Storm/Desert Shield, where he was awarded the coveted Bronze Star. Anita served as an Army medical service corps officer, an information systems officer and personnel officer for eight and a half years before retiring from the federal government.

“Having science backgrounds and understanding the importance of a balanced diet for health and well-being, along with seeing food insecurity during our military travels, greatly impacted our decision to farm,” Anita says. “The food waste in America is horrific, not to mention our extreme reliance on processed foods. Understanding there are still areas in Virginia that lack grocery stores that sell fresh vegetables is mind-boggling.”

Virginians who reside near Botanical Bites & Provisions, LLC routinely stop by the farm to purchase fresh fruits, vegetables, herbs, honey and flowers. In 2020, the Robersons plan to sell at local farmers markets and expand their web presence to allow customers to order online and pick up their items.

“Watching folks purchase our produce and our farm products like natural lip balms, flowers and honey, and then return with smiles on their faces talking about the delicious meals they prepared or how smooth their lips became from the honey and beeswax, and the role you played in the process … that’s a humbling experience that makes you thankful God chose you to become a Virginia farmer,” Anita says. “It is so gratifying to watch God transform a tiny seed from a plant into wholesome food, or to watch a bee gathering pollen and transform it into delicious honey.”

All in person workshops around the state have been postponed until the further notice.
Go to Top